Start your blog today and get the simple formula I used to make $99,765 in my first year blogging.
SHOW ME HOW
Share
Pin
Tweet
Share
0 Shares

Creating software for smart phones and tablets isn’t just for professionals anymore. Here’s how to get started, what to expect and some inspiration from non-coders who already made the jump to buildings apps.

Before ever suiting up, all fire-engine operators are taught about friction loss, in which water pressure is reduced by friction inside a fire hose. It’s a complicated calculation, dependent on hose diameter, type and length, as well as water velocity.

Getting it right is vital. Many departments post cheat sheets for estimating pressure. Mike Raben, a firefighter in Louisville, Colo., found a more modern solution online: a custom-built calculator app for Google Android phones. He liked what he saw, and had a few ideas for improving it. So, after communications with the app’s creator – a firefighter from northern Virginia named Emmet Carolan – he built his own version, tailored to his particular department’s hoses and nozzles, with an added feature for calculating pressure loss due to elevation change.

Here’s the twist: Neither Raben nor Carolan are programmers. Their apps were built with Google’s App Inventor, one of a wave of new tools designed to allow people without programming experience to create apps and games for their phones and tablets. “That thing caught on like wildfire in the forums,” says Jason Tyler, author of the recently released instructional book Google App Inventor for Android. “This is not just for us nerds.”

Benefits to Software as a Product

We all know at this point that it has a much higher perceived value than ebooks and video products. There are just not as many software products around, especially good ones.

One reason why software has such a high perceived value is that we’re conditional to spend more on software. Look at Adobe Photoshop, which can cost thousands of dollars to buy, versus the most expensive book you’ve ever bought. Therefore we’re more likely to spend more for software.

Secondly, not everybody can make software. Although it’s not that difficult, it’s definitely a lot easier to type on a keyboard and write an ebook. Because software has a higher barrier to entry, it is perceived as being of higher value.

It’s also harder to copy. With text, you can obviously copy and paste something and then you can put it elsewhere.

Unfortunately, that does happen. With software, you can basically build in very simple safeguards to stop people from easily being able to just take it and put it elsewhere without paying for it. So that really attracted me from day one.

Software can really solve people’s problems probably better than anything else. Software is kind of magical because if you think it, you can make it. There’s only so much you can do with a book or a video. But software can actually guide you through a process while you’re on screen and make it interactive.

With software, you can really track what people are doing. I know what tabs people are clicking on, and what pages they’re in. In new versions, we’ve got things built in, if people click for support on a specific page, it will tell me exactly what they were doing at that point.

Obviously, this is all without sharing any personal information. It just allows you to get intelligent information which helps you make better products in the future.

Anything can be software.

You can take an information product and turn it into software by making it a web app. If you do that, then immediately you are unique in your market place. You’re not just another ebook. You’re probably one of the only software solutions.

I find that a lot of people are trying to save money, so they ask, “Where’s the cheapest place I can outsource to?” That’s not the question you need to be asking. At the end of the day, you need to be looking at who’s going to be giving you the best quality product.

I’ve seen so many people make the mistake of trying to save money up front just to lose 50% of the sales they could have had in the back end. They end up saving a couple of hundred dollars to lose thousands and thousands of dollars later on down the road.

I’ve had success in using Upwork. You won’t find the cheapest people on Upwork. There are other forums and outsource areas that are cheaper. But I do find that you get better quality.

You don’t have to learn how to code. But you do have to be there with them every step of the way and make sure you give them feedback. A lot of people may not agree, but a coder is a person too. And they’re stuck there to make the product.

So answer their questions immediately. Really work with them and keep them motivated. Make sure they understand your dream and your goal and your vision. Make sure they’re excited about it.

There are a lot of products out there that do good things and do them in a great way. If you can get that, then you have got a hit on your hands immediately, because people use it and they go, “Wow, that was enjoyable to use and it was easy to use.” That’s the key.

Want to create a software product? (check out this FREE training and learn the secret to creating a money-making software)

Russell Brunson, a very well known software creator and internet marketer, who started his first online company while he was wresting at Boise State University. Within a year of graduating he had sold over a million dollars worth of his own products and services from his basement!

For over 12 years now Russell has been starting and scaling companies online. He is a best selling author and  like Garrett and Scott, also own several software companies and websites, including ClickFunnels    (which I’m told is going to be a sister to Software Funnels – the software company I’m building), a supplement company, a coaching company called DotComSecrets, and has helped tens of thousands of entrepreneurs around the world to start, promote and grow their companies online.

I think the software part of the industry is going to go from strength to strength. There’s going to be more software being made.

Years ago, there was an evolutionary process from ebook to video. That shift created a lot of revenue for a lot of people and it actually helped the way that people learn because videos can be much more effective in teaching people. 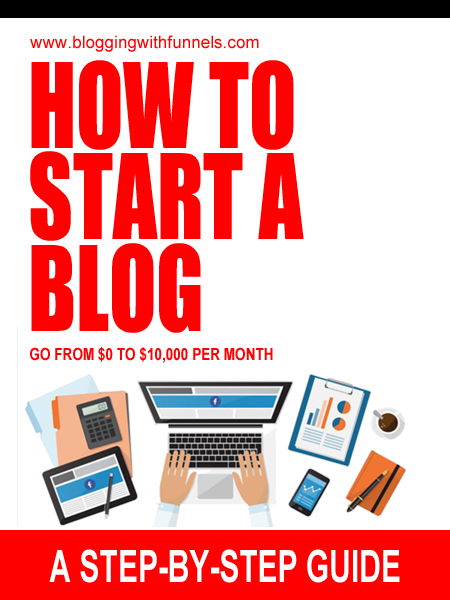 Disclosure: I am an independent ClickFunnels Affiliate, not an employee.  I receive referral payments from ClickFunnels. The opinions expressed here are my own and are not official statements of ClickFunnels or its parent company, Etison LLC.